Your driving test will start with the examiner asking to see your driving licence and asking you to sign an insurance declaration, he will ask if you want your instructor to come with you on your test, remember it is your test so, it is up to you to decide, talk with your instructor about this during your lessons, don't wait until you're at the test centre to think about this. On the way to your vehicle the examiner will do the eyesight check. You must be able to read a number plate from a distance of 20 metres. You can write the number on a piece of paper or use a pointing chart if you have any difficulties, with speech, if you can't, correctly identify the number plate, at the measured distance, you will fail the test.

From 4th of December, one "Tell Me" question, will be asked at the beginning of the test, while the "Show Me" question during the driving section of the test, the examiner will get you to pull up, and ask you, to demonstrate a "Show Me" while on the move, if you loss control of the vehicle during the "show me", that could result in a serious or dangerous driver error being recorded.

The driving part of your test will last about 40 minutes. Throughout the test your examiner will be looking for an overall safe standard of driving, including when you are carrying out the set exercises. You can make up to 15 driving errors and still pass the test (16 or more results in failure). However, if you commit a serious or dangerous driver error you will fail the test.

One in three tests will be asked to carry out a Controlled Stop exercise (this previously was called the Emergency Stop).

You will have to perform one of the following reversing exercises:

During the independent driving part of the test, most candidates will be asked to follow directions from a sat nav. The examiner will provide the sat nav and set it up.

You won’t need to set the route - the examiner will do this for you. You can’t use your own sat nav during the test - you have to use the one supplied by the examiner. You’ll be able to ask the examiner for confirmation of where you’re going if you’re not sure. It won’t matter if you go the wrong way unless you make a driver error while doing it.

One in 5 driving tests won’t use a sat nav. You’ll need to follow traffic signs instead. It doesn't matter if you don't remember every direction, or if you go the wrong way. The purpose is to assess your ability to drive safely whilst at the same time having to make your own decisions in order to reach your target destination. This includes for example deciding when it's safe to pull over and ask for directions. Your result will not be affected unless you commit a driving error, even if you go off the independent driving route.

The cost of taking the practical test is £62 if taken on a week day and £75 if taken over the weekend. 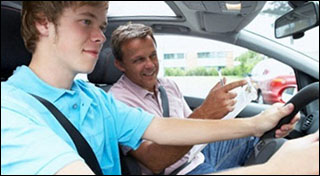 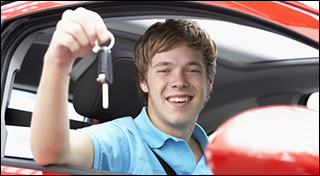